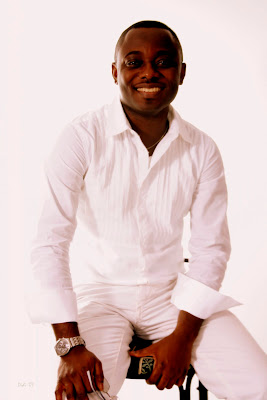 How do you choose your characters? I think my characters choose me. There has never been a formula to that; it just starts with the story or an idea of the plot and from there, the characters emerge, all fighting to be heard and seen.

Who do you consider a writer’s writer and why? This is a hard question to answer. A literal interpretation of that would be a writer that writes for the pleasure and enjoyment of other writers exclusively. But, I don’t think that this is what you mean. My writer’s writer is Toni Morrison. The beauty of her words and craft is simply awesome; you get swept away by her imaginative prowess.

What inspires your writing? Everything. Life and the all important ‘what if’ factor.

What is the hardest thing to write about? My personal experiences.

What is the greatest problem of the Nigerian publishing industry? Distribution and the basic infrastructure do not exist.

What is the secret to being a fine writer? You have to read a lot to acquaint yourself with what others before you have written and understand what works; why they were successful and be familiar with all the elements that make for fine writing.

What is the oddest job you’ve done? While I was pursuing a diploma in Arts school, I worked behind a counter in a popular evening hangout close to the university serving drinks and making sharwarma (not sure if that’s the right spelling).

Your first story written: I really can’t remember the name, but it was an adventure story much like the ones I used to read by Enid Blyton. I was quite young then.

Greatest achievement in writing career: I think for now, it’s just being able to tell the stories I have told, and the tremendous feedback and support I have received from readers.

What book are you reading at the moment? The Namesake by Jhumpa Lahiri, The Rainbow by D.H Lawrence and One Hundred Years of Good Prayers by Yiyun Li.

Five favorite writers and why:
• Toni Morrison – She has a way with language and storytelling that simply leaves me breathless.

• Virginia Woolf – I’ve always been fascinated by her writing.

• The fifth would be all the wonderful Nigerian writers I have been reading lately and mentioning one would mean I have to mention them all.

Why did you write Unbridled? It was a story that simply refused to leave me and I was excited about the challenge of telling it in the voice that I did.

Who is your perfect reader? A patient reader.

What is the last thing you read that made you laugh? A friend’s recent note on Facebook!

How do you relax? Watching television.

Recently, your blog became more like a writer’s workshop, why? My blog is always evolving. I guess after I started receiving emails from people asking me about my writing process etc, I decided to share with them some of the things I picked up since I started writing.

How do you juggle being a writer and work in the corporate world? I wish I knew, but I don’t. I write when I am inspired and that could be late at night or in the early hours of the morning or weekends… I have managed to separate my writing from my career.

What should we expect from you in the nearest future? Well, I have had some short stories published recently in magazines, e-zines and the One World Anthology of short stories. I have just completed what I hope will be my third novel and I will start working on another book similar to my first novel, Walking with Shadows.

What is the value of a book? Good books are priceless. Once a book can achieve most of its goals, and in that, I mean its ability to inspire, inform, entertain and elicit the appropriate emotional reaction, then, it is worth every penny spent on getting it and becomes priceless.

Writing Sample: Excerpt from upcoming novel, Blackbird
Underground City was the real deal, with its smothering intimacy with violence and depravity. A conglomeration of roguishly built shanty homes, it flanked the Sambo creek, a torrid expanse of water snaking its way to the sea. The ‘city’ littered an entire mass of land, giving little or no room for roads or streets. Yet, on the other side of the water, were manicured suburbs housing the rich.

Omoniyi was alert; he had to be. The stories he had heard of how a man could be robbed of the shoes he was wearing if they looked like they could be traded for a wrap of hemp were not to be taken lightly. He also knew that he could be knifed in the back for staring at the wrong person. These worries were enough to keep him cautious. He stayed away from this neighbourhood as much as he could, but Scorpio lived here now and he had come to see him for work.

As Omoniyi walked from the bus, he suddenly felt intimate with this place. It had its own soul and its own vibe, expressed by a cacophony of hooting car horns, mixed with the cadences of tired bus engines that coughed and puffed under the baking sun, overlaid by a multitude of voices that talked, whispered, shouted, traded, cursed, laughed, cried, sang and sighed, all in unison. Once you set foot in Underground City, you felt its touch and its breath on you.

But Omoniyi recalled that it had not always been like this. Back in the 50s, he’d heard, it used to be a respectable settlement called Elnugeja. How had it changed? The story went that a young man called Bayo had returned to his native city with a law degree from England, where he’d been sent after winning a government scholarship. He’d suffered racial abuse there. On his return, he looked for a home––only to find that a colour bar operated in his own country, too. He searched for a home in Ikoyi and Apapa before he realised they were reserved for the colonial Europeans and other so called elite. Why, he must have wondered, did a racial-divide exist here? Why did the whites have a better stake in land and property than the indigenes?
Posted by The Bookaholic at 9:17 PM