City of Memories by Richard Ali 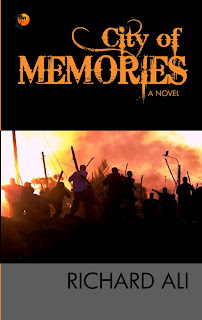 City of Memories follows four characters negotiating the effect of various traumas. Towering above them is the story of Ummi al-Qassim, a princess of Bolewa, and the feud that attended her love—first for a nobleman, then for a poet—a feud that bequeaths her with madness and death. All four are bracketed by the modern city of Jos in Central Nigeria, where political supremacy and perverse parental love become motives for an ethno-religious eruption calculated to destroy the Nigeria State.

A thwarted love affair forces Faruk to flee to the Northeastern village of Bolewa, from where his parents emigrated three decades earier. There, he unearths his mother's tragic story and discovers the key that just might keep his country one—if he can make it back to Central Nigeria alive. 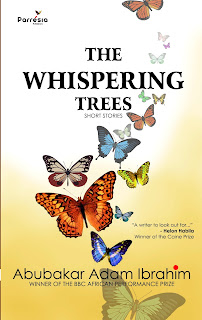 There’s Kyakkyawa, who sparks forbidden thoughts in her father and has a bit of angels and witches in her; there’s the mysterious butterfly girl who just might be a incarnation of Ohikwo’s long dead mother; there’s also a flummoxed white woman caught between two Nigerian brothers and an unfolding scandal, and, of course, the two medicine men of Mazade who battle against their egos, an epidemic and an enigmatic witch.

Abubakar Adam Ibrahim was born in Jos and has been writing for as long as he can remember. He won the BBC African Performance Prize in 2007 and the ANA Plateau/Amatu Braide Prize for Prose in 2008. He is currently the Arts Editor of one of Nigeria’s leading newspapers.

Farad By Emmanuel Iduma
Farad, named for the unit of an electrical charge, is a novella that cuts laser-like through a multilayered society. Touching biographies of ordinary citizens—young academics and ageing psychologists, Christian editors and call girls, strange women and music artistes—told in stylish, interrupted narratives, are woven into a detailed mosaic of modern Nigeria.

Reminiscent of Plutarch’s Parallel Lives, Farad eases to a climax when key characters from individual stories become participants in a conflict at a University Chapel—a conflict in which the nature of power is tested. Farad is an assemblage of fresh narratives woven around simple questions and open-ended complexities. It is, ultimately, a story of love and essence.

From next week, expect more from these writers, these books here.
Posted by The Bookaholic at 2:00 AM