In the month of August, PulpFaction Book Club would be hosting you to five amazing female writers from different generations, with different writing styles.  There will also be three female performers and it’s going to be a blast. The women are bringing the groove back to literature. It’s an afternoon of readings, live performances and YOU.  Be our guest! And yes, bring five friends and win a free book!

Lola Shoneyin: Author of Pulpfaction Book Club’s August Book of the month (The Secret Lives of Baba Segi’s Wives). She has written three volumes of poems: So All the Time I was Sitting on an Egg (1998); Song of a Riverbird (2002) and For the Love of Flight (2010). The Iowa International Writer’s Fellow works at an international school in Abuja. In her own words “I spend exactly 7.673% of my life day-dreaming. You see, the older I get, the more I discover how different my life has been to everyone else’s – and I don’t necessarily mean that in a good way! Nevertheless, I abhor self-pity and encourage people to take control of their lives.”

Akachi Adimora-Ezeigbo: A lecturer, writer, novelist, critic, essayist and administrator. She has written over twenty books. Her latest work Roses and Bullets, published by Jalaa Writers’ Collective is about the Nigerian Civil War.  The former winner of the NLNG Prize for Literature, the biggest prize for literature in Nigeria, heads the Prize’s panel of judges this year.

Simidele Dosekun: Former COO and Managing Editor of Kachifo Limited, publisher of Farafina Books. She is the author of Beem Explores Africa and co-author of two children’s textbooks, all published by Farafina. She will talk about her experience at Farafina, editing and managing, and on her writing.

Joy Bewaji: Writer and mother. Her first work Eko Dialogue was well accepted.  She’s working on her next novella. During the day, she works as an Editor, at night, she scribbles.

Seye Oke: Author of Love’s Lie and Debbie’s Diary. Her creative works are usually based on biblical principles told in a contemporary African style. She enjoys quiet moments with family and friends.

Mo'Cheddah: passionate about her craft, this young female musician has kept Nigerians humming to her tunes and dancing to her songs. 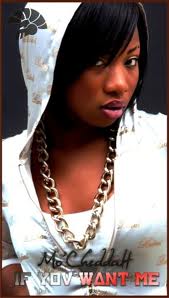 Aramide is an addicted lover of music, she has written over 100 songs. In 2008, she was part of a show called ‘Divas Unplugged’ in the city of Jos; the show had all the leading female artistes in the Nigerian music industry. Aramide is also a Guitarist and the Saxophonist. She’s passionate about are freedom of women and love. She has worked with artistes like M.I and Jesse Jagz. For soulful Aramide, music is life.

Aduke is a lady of the strings, with a fantastic voice to complement it. She has opened many shows. She is also an active member of Crown Troupe. Aduke is a different person on stage, in a role; different character on stage with a guitar. Watch out for her.

Remember: Bring five friends and win a free book! Gifts are available for early birds too.
Posted by The Bookaholic at 10:54 AM