PH is the Future of Books 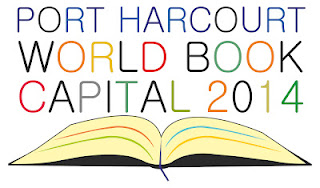 Port-Harcourt entered the bid to be World Book Capital City in 2014. BookaholicBlog supports this bid.

The Nigerian Presidency, UNESCO, the Rivers State government and literary enthusiasts, have thrown their weight behind the Rainbow Book Club bid for Port Harcourt to be the UNESCO World Book Capital City in 2014. Koko Kalango, chairperson of the Port Harcourt World Book Capital City Preparation Committee and Founder of the Rainbow Book Club formally launched the city’s candidature in a press conference held at the Secretariat of the Ministry of Education, Port Harcourt on Friday 15 June 2012. Mrs. Kalango posited that winning the contest portends a ‘…window to a world of opportunities’, which is incidentally the theme of the bid. Port Harcourt is vying alongside 10 other countries.

Read more
Posted by The Bookaholic at 1:00 AM