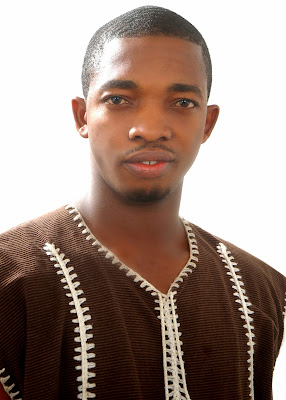 I am Uche Uwadinachi also known as 'Flames'. I won the 2006 ANA Poetry contest, Lagos State Chapter. Am a graduate of the Department of English, Lagos State University (2006). I've worked as an Editor for AJ City Express Newspaper. I belong to a music group called Kamazaiah with a first album released titled “Lifted” (2007). I'm also an actor and have featured in several top Nigerian home movies such as Real Love, Adam and Eve, You broke my heart, Haunted love, Missing Angel, among others.  I am a performance poet and the author of SCAR in the Heart of pain (2009).

Your approach to writing

Writing has always been a means of expression to me. I started with music which when I voice, I always had to write down the lines. At my early stage, I used to forget things easily, so writing became a companion to remind me of the events, the past, the future and others. The University opened a professional avenue for me to write, to learn more and also my poetry became the compulsory essence why I had to write to live and be happy.

What is the first impression you would like you reader to have of your work?

I want them to see the human heart as the spirit, which determines the fate of any person. So as to overcome any SCAR–the inner difficulties (s)he faces.

Why such title Scar in the Heart of Pain?

The “Scar” and the “Heart” are two sensitive and popular issues that people will always give audience to. And moreover it was most suitable for what I was trying to describe.

Has your work been misinterpreted before?

Yes. Some people see the image and first think it’s a book on medical heart complications but when they see the title they recover from such misinterpretation.

What is your muse?

How long did it take you to write the book?

Since most of the issues raised are real, it has been since my teenage years but professionally five years.

What challenges do you face as a first-time author?

Getting audience to read my work as a first time author is quite uneasy.

What is your assessment of the Nigerian publishing scene?

It’s like a “Better bookshops movie” and it’s not their faults since there is no market or good reading habit in the country.

What career are you pursuing at the moment?

I am looking up to be a Director– for music videos, movies and media events.

Where are you working presently?

On my personal literature project title “Save the Spoken Word”. It out to preach and teach poetry in the streets. And also my music video with maylucky Obi Justice.

Any advice for budding writers?

They should find forums to learn more and expose their works to the world.

Can Creative Writing be taught?

Yes at least the basics of English language, then they can experiment to communicate.

Obviously, it’s serious but if there can be more focus on the literature in Nigeria by the Government, Private institutions and Individuals, it would gradually wake up. By focus – I mean through seminars & workshop, programmes, scholarship, contest, awards, shows, etc.

Final words on your epitaph

I refuse to fall.

Read the concluding part of this interview next week...

Labels: Interview, Scar in the Heart of Pain, Uche Uwadinachi