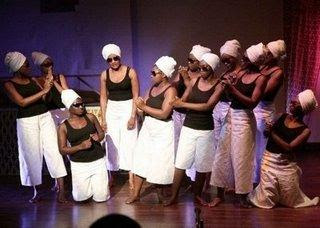 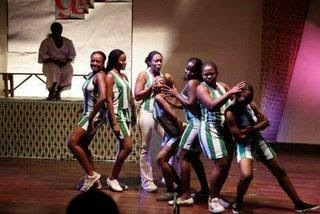 I am not so sure Eve Ensler thought her play, The Vagina Monologues would go this far when she wrote it in 1996. Thirteen years on, the play has moved beyond the street it premiered: gone across continents; reached women from all walks of life; acted in over a hundred countries; and translated into forty-five languages and we are still counting.

The Vagina Monologues was in Nigeria in its concentration in 2006, for the first time thanks to Kudirat Initiative for Democracy (KIND), an NGO based in Lagos. 2009, it has changed, name and content: it is now V-Monologues: the Nigerian Story and it was acted by ‘not-so-popular’ Nigerian artistes that will soon be because they did a great job to the play.  I was kind of enchanted, I watched it three times; I could not help it: I had to go back again and again for more and more until there was no more to get. The issues raised are  general day-to-day issues, but the way they were executed may find us screaming and move us almost to tears.

The thematic focus of the monologues is womanhood. There were three movements: women as victims; self awareness; women as warriors; and celebration of womanhood. The vital thing that the play achieved is initiating dialogues about the vagina, a body part that is under siege of patriarchal dominance for a long time. True or false?

The vagina (representing women) is more than a receiver, a birthplace, an agent of reclamation, a refuge, a voice that talks every time, whether or not we choose to be silent to it. We would like to hear from you: What does the vagina mean to you? Should it be talked about? Why are we so hypocritical about the place of women in the society? Are women deserving of any important place in the society? Or what is this noise about women having a place, isn't the man the head and as someone says, the woman, the feet? All the fuss about this freedom thing should stop; shouldn't it?

Here is one of the monologues (an excerpt from the book to be released soon) for your reading pleasure. Let us know what you think:

(Song ‘Never you marry Waka-about’ plays in the background)

He hits me when I argue

He hits me when we disagree.

He hits me when he’s sad

He hits me when he’s had a bad day

He hits me when he’s mad.

He hit me when I confronted him for cheating

He hit me because I had girls.

He hit me so hard the doctor knew I didn’t fall down the stairs.

He hits me when I dance with male friends at parties

He hits me when I wear clothes he hasn’t seen

He hits me because no one sees what he’s doing to me.

He hits me when I’m helpless

He hits me when I try to defend myself

He hits me because I have no one to protect me

He hits me when I’m wrong

He hits me because my family already loves him

and he knows I don’t want to be the first.